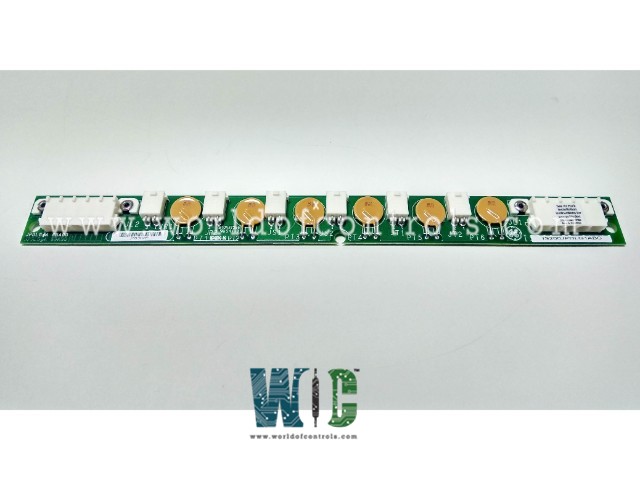 To avail our best deals for IS200JPDLG1A - POWER DISTRIBUTION - MKVIE IO PACKS, contact us and we will get back to you within 24 hours.

Input power is normally 28 V dc, with up to three redundant feeds from JPDP, JPDS, JPDM, JPDG, JPDC, and another JPDL. For triple redundancy, the 5-pin Mate-N-Lok input connector gets three separate power supplies on three different pins.
The feeds are labeled as Red, Blue, and Black. This connection is provided by the JPDP's JP1, 2, and 3 connectors. Return current is shared among the three TMR feeds and is carried on the connector's remaining two pins.

Individual I/O packs are powered by six identical output circuits. Two are drawn from the R, S, and T feeds (red, blue, and black). Each of the six I/O pack feeds has a re-setting positive temperature coefficient fuse device labeled CL (current limit) to offer branch circuit protection that is coordinated with the wire connecting JPDL to the I/O pack.

JDPL is mounted vertically adjacent to the I/O packs on a metal bracket. The power input wires enter from the back and the output cables exit from the front. Mate-N-Lok connections are used on everything.

World of Controls is always available to help you with your Mark VIe requirements. If you require any additional information, please contact WOC immediately.

What is IS200JPDLG1A?
The IS200JPDLG1A is a Local Pack DC Power Distribution Board developed by General Electric.

What is the function of IS200JPDLG1A?
The component distributes DC power between the source of control power and several I/O packs.

What are the dimensions of the component?
The component is 29.21 cm high and 2.54 cm wide.

How to Obtain IS200JPDLG1A?
World of Controls provides Mark VIe as well as other turbine control products. Contact WOC.